Gas vs. Electric: Which Is Better For Your Commercial Kitchen? 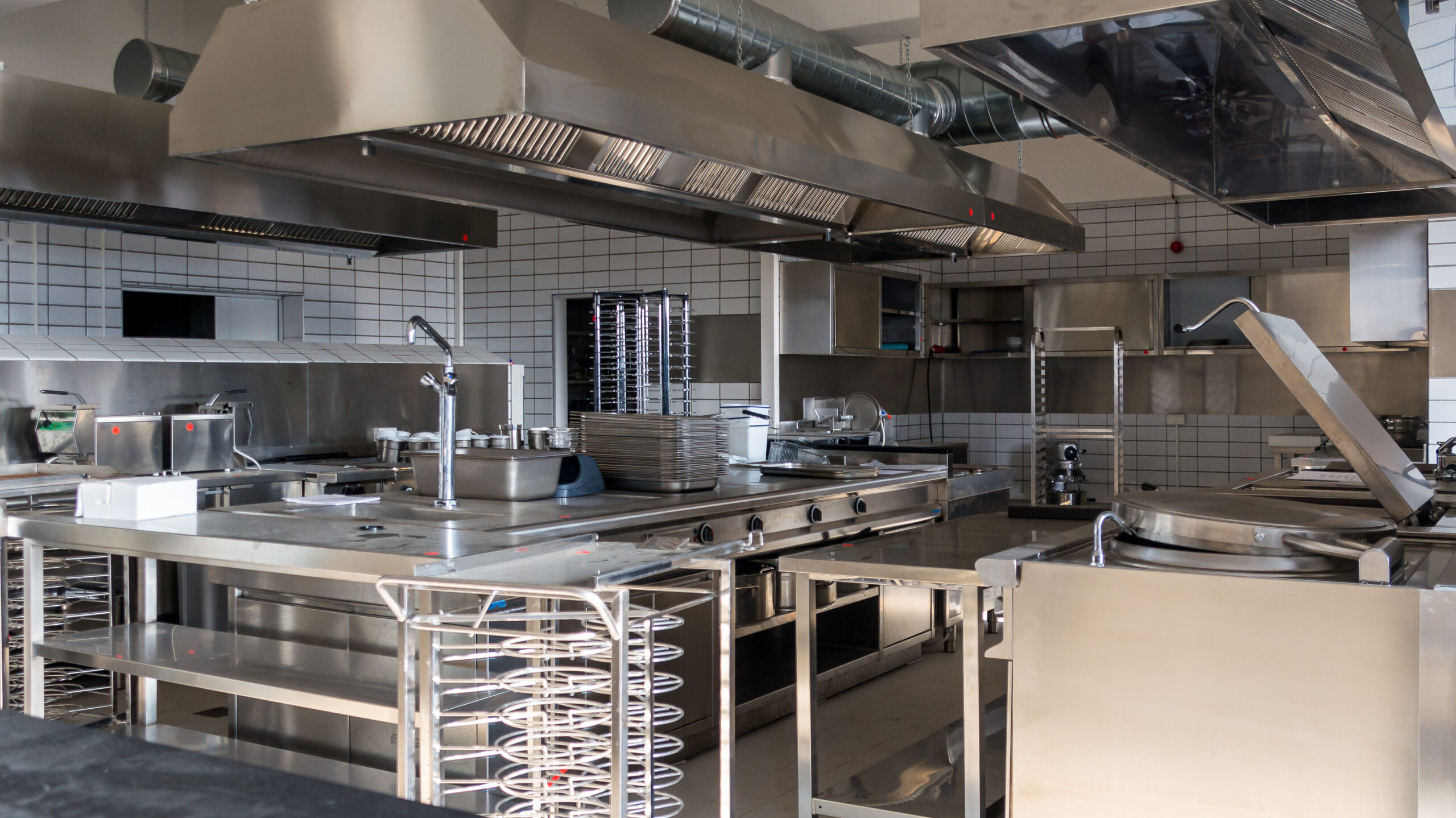 Gas or electric? That question comes up a lot in our line of work—and the answer (like many others) is that it depends on your needs.

Selecting your equipment is one of the most important decisions you have to make upfront when building your commercial kitchens. It affects everything, including your output, costs, kitchen flow, and food quality.

Let’s dive into the gas vs. electric debate to help you make this critical decision.

What you’re here for: The cost

Let’s get this question out of the way first. Which commercial kitchen appliances cost more: gas or electric?

Electric appliances cost more than gas appliances, and  electric equipment installation can be more expensive and less flexible than gas depending on how much amperage you have left in your panel and the size of your incoming gas line.  Most gas lines that feed a cookline are a minimum of  1.5” and can service multiple pieces of equipment under the hood.  It is important to understand the total BTU requirement for the new piece of gas equipment to understand if you will have enough gas pressure available.  Adding additional stub-outs to a surface mounted gas line is much easier then running more wire in the wall for additional plugs.

While minimizing upfront costs is critical to short-term success, you also have to consider your operating expenses. Gas is the cheaper long-term option. The cost of electricity is higher than the cost of natural gas. Take a look at the numbers:

That means, on average, natural gas is about a third of the price of electricity. However, the cost of natural gas is rising, and areas that run on hydro power-electric have lower electricity costs — so it all depends on your restaurant’s location.

Now, it gets slightly more complicated when you take into account energy efficiency and induction cook top units. Induction units (see below), which run on electricity, are more energy efficient — that is, it takes less electricity to boil a pot of water than gas.

A gas range has the longest life expectancy of most major kitchen appliances.

Although electric ranges aren’t far behind, there are more parts that may fail. Controllers can get compromised by heat and moisture more easily and ignition settings may fail to connect, rendering the oven inoperable.

But price shouldn’t be the only factor when considering whether to electrify your kitchen.

Generally speaking, chefs prefer gas appliances for several reasons. Mind you, induction units win on many of these fronts, but adoption is slow due to costs and learning curves. For now, we’ll stick with the straight gas vs. electric debate.

Gas appliances have much more flexible temperature control than electric ones. While electric kitchen appliances can provide more exact temperatures, they’re still slower to adjust to temperature control. With gas, you can twist the knob to immediately shrink or grow the flame, allowing you to change the heat instantly. Whether your Bechamel needs to boil or your Veloute needs to simmer, gas is better for avoiding burning or scorching foods.

Additionally, electric appliances take longer to reach the desired temperatures. Since the controls on a gas appliance directly affect the flow of natural gas, chefs can make quick temperature changes as needed. At the same time, electric appliances, with the exception of induction, are slow to heat up, slow to respond, and slow to cool down.

You can’t replace an open flame

Chefs love the option to cook their food on an open flame. From tortillas to peppers to meat, there’s no replacement for the taste of a flame-kissed meal.

Despite gas winning on chef preference and cost, electric appliances do come out on top in a few key areas. Here are some of the benefits of electric commercial kitchen appliances.

Whether you’re serving up a loaf of artisan bread, a succulent chicken or a pan of curried butternut squash, having a crispy brown exterior makes all the difference. Electric oven elements deliver consistent and dry heat, making it ideal for baking and producing crisp textures at precise temperatures.

Cooking with electricity will always be safer than gas. There have been increasing concerns about the safety of gas appliances. Besides the potential for a gas leak, there are concerns about potential carcinogens and greenhouse gasses released when used. Electricity is generally safer and better for the environment.

Most electric appliances have smooth surfaces, which are easier to clean than gas alternatives.

Because many (but not all) electric stovetops have smooth tops, it’s easier to clean and make use of the space as an extra countertop when not actively in use. It’s also easier to move and use in different areas of your kitchen since you don’t need a connection to a gas line.  One caveat, however, is portability depends on the type of electrical outlet required and how much amperage the piece of equipment uses.  (This information can typically be found on the piece of equipment’s spec sheet).

Not all appliances work the same. While some benefit from gas’s ability to heat up quickly, others benefit from electric appliances’ more even and controlled temperatures.

Part of the benefits of gas range cooktops is the ability for the heat to climb up the sides of the pan, while electric ovens only heat the bottom of the pan where it makes direct contact with the stove.In a commercial kitchen where speed for throughput is everything, a stove that heats the whole pan is superior.

Besides the differences discussed above, electric ovens generally have a more dry heat, while gas ovens have a more humid heat. However, electric ovens offer a more even temperature making them ideal for baking. Your choice should depend on the type of food you’re cooking and what fits with your other appliances and your menu.

While wood-fired pizza ovens definitely have their place in the long-standing tradition of pizza making, electric might be the better option. While somewhat difficult to find, they’re able to heat the stones more evenly and create a dryer environment – perfect for cooking crispy pizzas. Electric pizza ovens also don’t have special hood requirements that come with burning solid fuel, like wood-fired pizza ovens.

Just like ovens, having more even and steady temperatures is a big benefit for fry cooking. Electric deep fryers offer superior temperature recovery over gas fryers (a major concern when regularly dropping refrigerated or frozen product into frialator vats).

Electric charbroilers can mimic gas ones pretty closely, but they can’t imitate the flame. While electric ones can create sear marks, gas gives a more authentic taste and has higher heat.

Electric steam tables are much more portable and don’t have to be connected directly to a gas line. Electric steam tables  also don’t require a hood, and newer models don’t even require water. This means you can put it in more accessible places in the kitchen or the front of house and forego having to dig up the floor and add expensive indirect drains (floor sinks) for draining water and condensate.  Hands down, electric steam tables take the cake.

Because combi ovens have their own cooking methods, electric components, and programmable cook settings the differences between gas and electric are few and far between. Go for the option that best fits your budget (or the one that works best in your kitchen).

When choosing a salamander for your kitchen, important factors to consider include heating speed, temperature control, durability, installation complexity and cost, and energy efficiency. Gas salamanders heat up faster and offer precise temperature control, making them ideal for high-heat cooking tasks, but they require a dedicated gas line and ventilation system. Electric salamanders are more convenient to install, energy-efficient and produce less emissions, but they may have lower maximum temperatures than gas.

Induction appliances are electric, but they use electromagnets to heat up the pans (you’re essentially cooking with magnets). Induction’s biggest benefit is its ability to heat up and cook food quickly. Many induction stoves can boil water in under two minutes. That’s ideal for a high-capacity restaurant.

It’s also easy to control the temperature with induction cooktops, and many have smart technology built in to help streamline the cooking process. And because of the way they heat up, they produce almost no ambient heat—a godsend to kitchen staff everywhere who have their “burn tattoos.”

However, induction cooking appliances can have a significant barrier to entry. Not only are they pricier than their electric and gas counterparts, but they also require specialized pots and pans for the induction process to work. Pans require iron for them to work—you can’t use just any aluminum pan.

The climate debate: Some restaurants may not have a choice

As we touched on earlier, gas stoves are known to emit greenhouse gases. Even when gas-fueled appliances are off, they cause some environmental harm. The emissions resulting from the usage of gas stoves in the US are estimated to have the same annual climate impact as the tailpipe emissions of 500,000 cars, according to the Natural Resource Defense Council.

Some cities in California, including San Francisco, Berkeley, San Jose, and Sacramento, have already banned the use of natural gas appliances in new buildings. Unfortunately, restaurant owners feel like this hasty act to ban gas is kicking them when they’re already down. Many are still recovering from pandemic-era restrictions.

While commercial kitchen electrification is possible, it will impact kitchen workflows, bottom lines, and food quality. Whether it’s for better or worse remains to be seen.

We know making these decisions is tough. That’s why our experts are all equipped to help you decide what’s right for your commercial kitchen. Chat with one of Avanti’s experts today.

Check out our full range of services 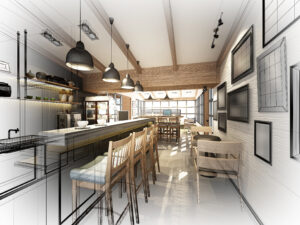 Our in-house Design Studio plans your restaurant from the inside out, using the most cost-effective and space-efficient design options. 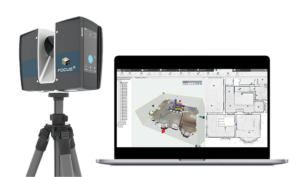 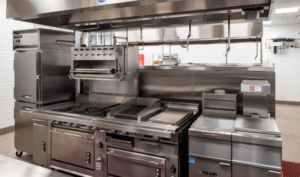 No matter what size your restaurant is, we can’t wait to hook you up with amazing equipment at a great value. 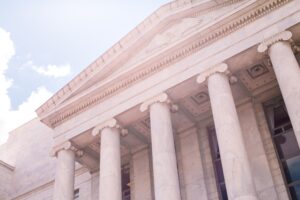 How AB 257 Will Impact Your Fast Food Chain?

Heard of AB 257? Also known as the FAST Act, this California law has the potential to upend the fast food industry as we know it. Learn about it here. 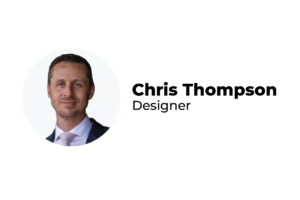 Avanti Restaurant Solutions is excited to welcome Chris Thompson as a Designer and the newest addition to the Design-Build team. Thompson 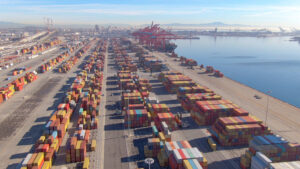 A Look Into The Impact Of The Driver Shortage On Distributors

Avanti Named 2022 Dealer of the Year

How AB 257 Will Impact Your Fast Food Chain?

What’s the Average Cost of a Commercial Kitchen?